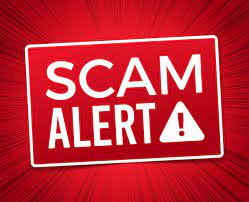 They thought they found love online.
The illusion came at a steep price.

Evelyn was smitten when she met a “silver fox” named Robert Wilson on Match.com. He was 62, with a largish nose, but fit, cosmopolitan and an engineer. She’d later come to believe he had millions in the bank.

She was 63 and had recently retired in Largo after a career traveling the U.S. as a project manager for Microsoft. Her marriage ended in divorce years earlier. Wilson’s wife had died, and he’d just wrapped up a civil infrastructure project in Cape Coral. They learned they shared values, like loyalty, through talking daily by text and phone.

He showered her with affection in an accent that, to her ear, sounded southern but also vaguely British. He was busy and traveling, but within weeks, said he loved her. Evelyn didn’t say it back — she thought that was crazy without meeting him first — but she didn’t rule out a shared future. They agreed the Bahamas could be a nice place for a wedding.

Over the following six months, Evelyn emptied her 401(k) to loan Wilson $204,000. In reality, Wilson was not one person. He was a team of organized criminals running a romance scam based in Nigeria.

She owed an additional $50,000 in taxes and saw her monthly Social Security check drop by $500 a month, due to the 401(k) withdrawal showing as income. Unable to pay her bills, she took out a reverse mortgage. She has no trust left for dating, and said she’s resigned to being alone. She was forced to trade her retirement for a job at Lowe’s.

“I lost everything,” said Evelyn. Like other romance scam victims who spoke with the Tampa Bay Times, she asked that her full name not be used in this story. “I’ll be dealing with this the rest of my life.”

Reports of romance fraud to the Federal Trade Commission have been going up for years, tripling from 2016 to 2020, to more than 33,000 victims. Losses quadrupled over that time to $304 million.

Floridians reported losing $40.1 million to romance scams in 2020, according to the FBI, which has a different system for tracking internet crimes and breaks the data down by state. Andrew Sekela, an agent with the FBI’s Tampa office, said there were 232 reports of romance fraud in Hillsborough and Pinellas counties last year and $8.4 million in losses. That’s an average of more than $36,000 per victim.

There’s even a Society of Citizens Against Romance Scams, a Miami-based nonprofit that advocates and organizes support groups for victims. Its founder, Tim McGuinness, said he believes romance scams are more frequent than what’s reported. Many victims, especially men, he said, are too ashamed to report being swindled by love.

“A critical thing to know,” McGuinness said, “is that virtually everyone can be scammed. It’s only a question of the right grooming and right story.”

The scams often follow a pattern. Someone reaches out, often on a dating site, but sometimes via social media or even through a game that allows messaging, like Words With Friends. They’re affectionate, validating and incredibly attentive. They’re attractive, but not to the point of drawing suspicion. And they claim they’re foreign born, which helps explain the accent and grammar and maybe their warp-speed romancing.

They live nearby and might even offer up an address. They’ll set up a date, only to have urgent business take them out of town or overseas before they can meet. Sometimes they’re in the military. Other times they have jet-setting international jobs like engineers, contractors or investors.

Debby Montgomery Johnson, a board member with the romance victim’s group, lost $1.2 million in a romance scam a decade ago. She said that the scammers use pet names like “my heart” and “my queen” to avoid saying the wrong name when they’re working multiple victims.

Cheryl, an executive assistant who recently spent three months talking to a man she thought was on an oil rig in Alaska, sounded wistful talking about how she was fooled.

“I loved the high I was on,” said Cheryl, 57. “I hate to say it, but I wish that regular guys you date would treat women the way that these guys do.”

The courting can go on for months. Then the charmers will say they’re in a jam and need money quick.

In Evelyn’s case, her supposed engineer — “Robert Wilson” — said he’d hit a snag with materials he needed to complete his project in China and get back home to her. He had the money in an account with the Swiss bank UBS, but couldn’t access it, so he needed Evelyn to wire some cash.

He gave Evelyn his UBS account login, to prove he was good for it. She saw there was over $3 million in his account and spoke to a banker named Mattias. Evelyn even looked up property tax records for the home Robert Wilson supposedly owned in Mississippi. They checked out.

Only later did she learn that the bank website was a fake that looked identical to the real UBS site. There was no Mattias.

Shirley, a retired Hillsborough County teacher in Valrico, knows how intricately detailed the scammers can be. She was scammed by the same crime ring, using the same “Robert Wilson” name and photos, though her guy said he was Greek and had a different voice and accent.

Her Wilson went to China to work on a pipeline and ran into problems with materials, payroll and inspection fees. As proof, she received a letter from the Chinese inspector on official letterhead. When she agreed to loan Wilson money with interest, he sent over a loan agreement signed by an American lawyer. He also sent a photo of plane tickets he’d booked to Tampa.

Shirley, then 69, said it all helped her to ignore warnings from her daughter, who suspected something wasn’t right early on.

“There’s always a perfect explanation for everything,” Shirley said of the scammers.

Concerned that her mother was spending so much time communicating with a man she’d never met, Shirley’s daughter sent Robert Wilson a package requiring his signature to his home in Mississippi. Inside was a slip of paper that read, “I love my mother.”

Robert Wilson signed. Shirley’s daughter showed her mother the evidence. How could this man be stuck in China when he was signing for packages in Mississippi? Robert Wilson, it turned out, was the name of a real guy, married and living in Jackson, Miss. When Shirley reached him, he explained he’d had his photos and identity stolen.

Shirley was upset, but her daughter comforted her. At least she hadn’t sent the scammer any money.

“I did send him money,” Shirley tearfully told her.

The total was $220,000, her entire retirement savings. Now, she said, she lives check to check on Social Security and can’t travel.

In 2019, 10 men living in Oklahoma, Texas and New York were charged in federal court with conspiring to launder funds from a Nigeria-based romance scam that victimized the two Tampa Bay women and others across the United States.

McGuinness said romance scammers are often in China, the Philippines or west Africa. When prosecutions do happen, it’s often the people working to move the illicit money through U.S. bank accounts who get caught, not those doing the sweet talking.

Shirley and Evelyn’s case led to multiple convictions. Sentences ranged from two months to two years. The last of the men still behind bars is set for release this month. They were ordered to pay restitution to their victims.

Shirley received two checks totaling $2,100. Evelyn said the Justice Department told her she can expect a total of about $14,000 within 30 days.

Romance scams affect all age groups, but older adults account for more lost money. Experts said it happens to well-educated, reasonable people, but often at a moment of vulnerability, loneliness or heartbreak.

The grooming process at the start of romance scams, said Chitra Raghavan, a professor of psychology at the John Jay College of Criminal Justice, is another form of “love bombing.” It’s a manipulative dating practice in which a new romantic partner showers the other with attention and affection to try to become their whole world.

While love bombing is more commonly associated with face-to-face dating that turns controlling or abusive, Raghavan said it’s the same technique in romance scams, just with the intent to take someone’s money.

The first red flag is a suitor wanting a serious relationship with high speed and intensity, Raghavan said. Another red flag is fearing that if you don’t comply — in this case by sending money — you’ll miss out on the relationship.

“If you feel uneasy or uncomfortable,” Raghavan said, “go with your gut.”

Helen Fisher, a senior research fellow at the Kinsey Institute at Indiana University and author of Anatomy of Love, said the speed of romance scams is not surprising, and neither are the victims’ decisions. Feelings of romantic love, at least as scientists define “love” as a biological process, can happen immediately and don’t require meeting in person.

When feelings of love are triggered, activity in the amygdala, the brain region that detects the negative in a situation, diminishes. “You’re able to overlook what you don’t like, and the things that stand out as fishy to other people,” Fisher said. “It’s a primary trait of romantic love.”

“Scam artists trigger this brain circuitry, enabling these people to crave them,” she said. “These scammers are good enough to keep escalating those feelings.” A powerful release of dopamine produces feelings of elation, euphoria, optimism and energy. “People feel good, and they overlook a lot because of that.” 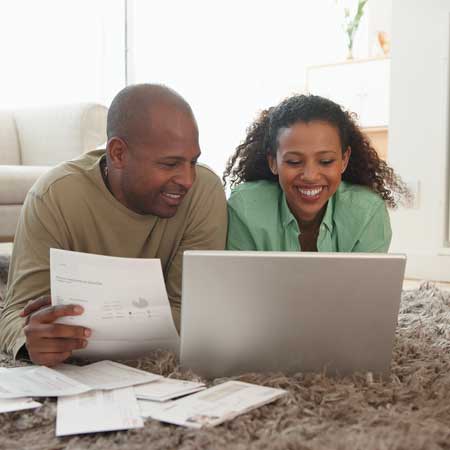 How to Improve Your Financial Health 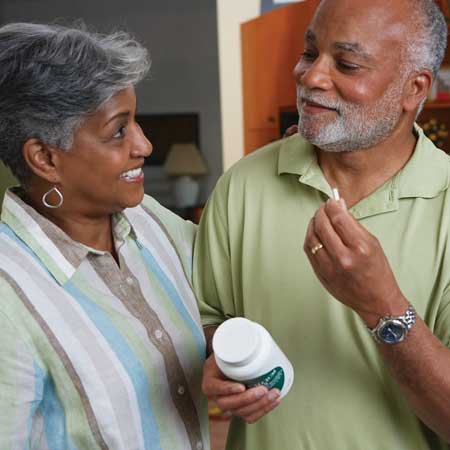 How to Choose Quality Vitamins and Supplements 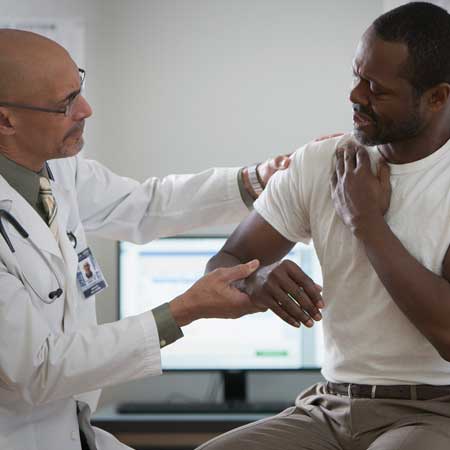