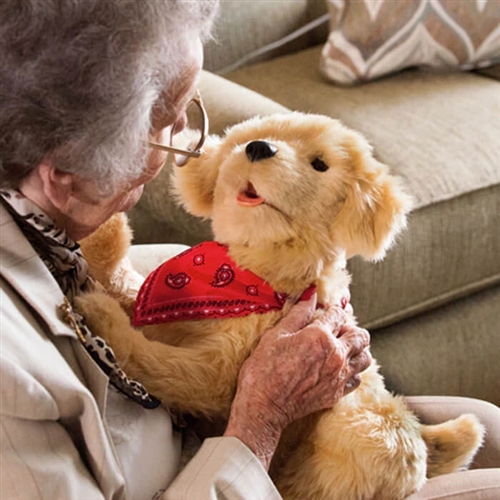 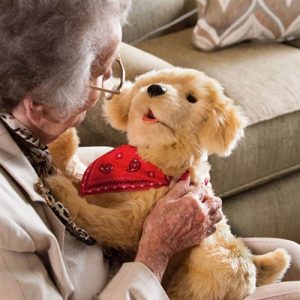 They were meant to help isolated older adults during the pandemic. Now the robots are helping these nursing home residents form friendships.

On the countertop, lined up as if in a processional, sit a group of seven cats and dogs.

From a stone’s throw away, they look like stuffed animals.

But then one of the dogs, Buddy, turns his head and barks. A pale gray cat named Izzy rolls over on her back and says, “I love you.”

At the dawn of the pandemic, Florida employed an unlikely tool to help isolated older adults fight loneliness and memory loss: robot pets.

The state wasn’t alone — aging departments across the country bought electronic pets, which are formally known as Joy for All Companions and made by Ageless Innovation. But the Sunshine State was by far the biggest buyer, distributing more than 11,500 robotic pets over the last two years.

Today, with widely available and effective vaccines, many seniors have resumed normal social activities. But the robots may be here to stay.

At this nursing home, they’ve become a source of community.

“Brandi and Buddy are getting married in a month,” said Sue Quigley, 78, gesturing to the two robotic dogs flanking the pack. “One of the sweet high school kids who serves us dinner volunteered to be their wedding planner.”

The happy hour, which happens daily at the Fountains, began a few years ago — residents Quigley, Jack Rickert and Vonda Catledge started it as an excuse to get out of their rooms.

But more people have joined, often with their own Joy for All pets, since the robots started coming to drinks last year.

”After the dogs came along, people I didn’t know would come up and say, ‘Thank you so much for bringing joy to me,’” Quigley said.

Florida’s Department of Elder Affairs provided robotic cats and dogs — which typically cost about $130 each — for free to senior residents as part of the state’s pandemic response, according to agency spokesperson Sarah Stevenson. The state spent almost $1 million on the initiative, which ended in June.

It’s hard to avoid assigning sentience to the pets, several seniors said. They have a bit of a “Velveteen Rabbit” effect.

“A member of our happy hour group passed away a few months ago — seven or eight dogs came to the memorial service, including hers,” Quigley said. “They were so well-behaved! The animals looked at whoever was speaking, and they didn’t bark once.”

“You read things into them,” said Rickert, 96. “But it is surprising how well they respond to situations.”

Interactions with robotic companion pets have been linked to decreased feelings of loneliness and depression in seniors, multiple studies suggest.

Several found the pets reduced use of psychotropic medications and improved the mood of both dementia patients and their caregivers.

“If I could do it again, I would pay $130 easily for this dog,” Quigley said. “I know they were free, but I would pay double that.” 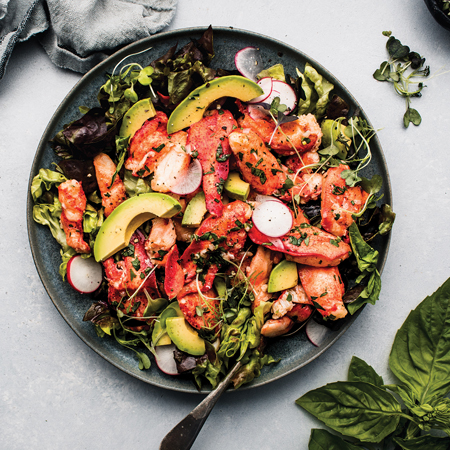 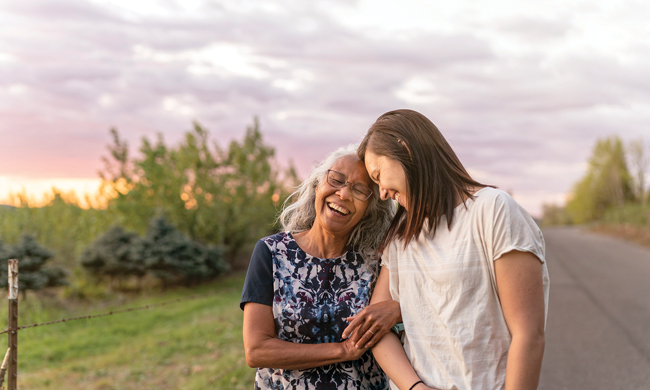 Support for Caregivers Means Better Care for Loved Ones with COPD